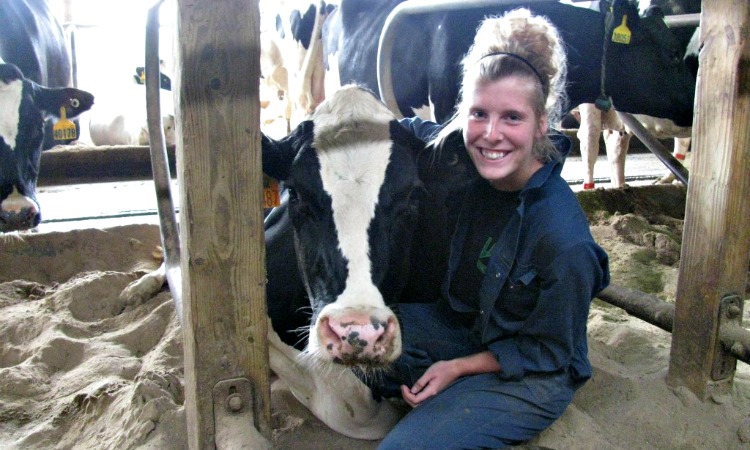 Women have long played supporting roles in the dairy industry, but are increasingly found in mainstream dairy-related employment and other agricultural careers. The May 2014 Women in the Labor Force: A Databook compiled by the U.S. Bureau of Labor Statistics shows women comprise  24.5% of our nation’s estimated 944,000 farmers, ranchers and agricultural managers.

Enrollment at Michigan State University’s College of Agriculture and Natural Resources (CANR) is at a 30-year high of 4,500 students. Undergraduate destination surveys show an 89% placement rate. Part of this cohort is entering Michigan’s $14.7 billion dairy industry, helping to feed Michigan’s economy and the world.

On February 19, U.S. Agriculture Deputy Secretary Krysta Harden announced creation of the Women in Agriculture Mentoring Network, to foster professional partnerships between women with shared backgrounds, interests, and professional goals.  In the same spirit, we will be profiling a few of the remarkable women that are making a difference in Michigan’s dairy industry, starting with Carmen Zwemmer of Elkton, Michigan.

The 22-year-old MSU senior is majoring in animal science and serves as president of the MSU Dairy Club. The group combines fun and education in a way that perfectly fits Zwemmer’s passion for dairy.

Zwemmer grew up active in 4-H and FFA, on a dairy farm founded by her grandfather. She knew since she was old enough to walk that she wanted to do something that involved cows. Originally she leaned toward becoming a large animal veterinarian, but concluded science was not her forte and she would rather care for her own cows than other people’s.

Fresh cow and calf care are Zwemmer’s areas of greatest interest and expertise, stemming from when she was little enough to easily walk into calf hutches. Despite working with hundreds of cows as part of a large Thumb Area dairy operation with four farms at three different locations, Zwemmer has one favorite: Tinkerbell.

Tinkerbell, was a premature calf. Despite the odds against her, she had an incredible will to live. “I went through a succession of favorite calves over the years, but Tink is my favorite,” Zwemmer said. “I love her spirit and her spunk. She’s smaller than most cows, but holds her own. She’s got a lot of personality.” 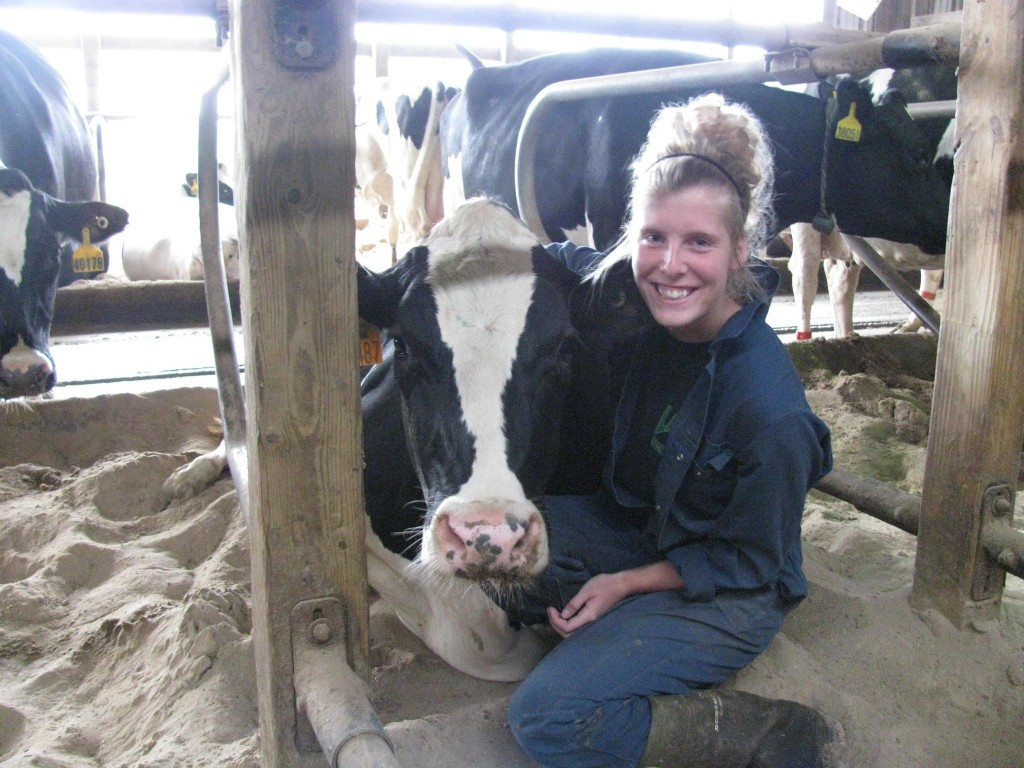 Zwemmer with her favorite cow, Tinkerbell, at one of her family’s dairy farms.

The cow is now five years old and has had three calves of her own, but she remains sweetly attached to Zwemmer.  Zwemmer enjoys posting Facebook photos and video of herself and her bovine friend, sometimes accompanied by stories that are always told in a positive light.

Of Jake and Saskia Zwemmer’s four children, Carmen is the only girl and the most dairy-oriented. One older brother works for Pioneer; the other is a graphic designer. Her younger brother is still in college and may possibly go into dairy. While some people seem surprised Carmen is the most interested in upholding the family dairy tradition, she isn’t.

“If you have a goal or a passion or a dream, you should follow it,” she said. “Life is too short to do something you don’t like. There’s a lot to do on a dairy farm, but we have a lot of fun. We love our cows and it shows.”