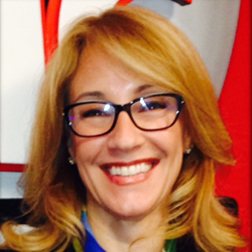 Stacey works hard to juggle family and work. The co-host of Bobby & Stacey in the Mornings on Detroit’s WOMC and first-time Detroit Marathon ambassador is mom to two. Explaining why she chooses to run for fitness, she said, “I’m not a natural runner and it’s never come very easy to me. I started running when I had kids because it’s something I could walk out the door and get a workout in.”

“When my son was a baby, I started training for a 25k race,” Stacey said. “Since then, I’ve raced a range of distances, all the way up to a full marathon. One thing that’s been consistent throughout the years is that I use chocolate milk for post-run recovery.

“With chocolate milk, I don’t feel like I’m waiting for my muscles to recover. I can run for a couple of hours and feel fine afterward, which is important for fitting fitness in to my busy life,” Stacey explained. “I choose chocolate milk because I want a real food option.” 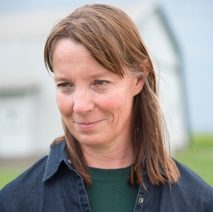 Gertie shares Stacey’s commitment to chocolate milk and running… and her busy lifestyle. A registered nurse and mother of three, Gertie was born and raised in the Netherlands, where her family owned a small dairy farm. Gertie and her husband decided to make the move to more dairy-friendly Michigan in 1999, buying a dairy farm in Marlette.

Gertie initially started running on the suggestion of her cardiologist, and found that the mental benefits were as powerful as the physical ones she experienced.

“Running is such a nice break from a busy day,” Gertie said. “I started running 5k races, and this is my first time training for a half marathon.

“I started to drink chocolate milk when I increased the distance I was running,” Gertie explained. “I’ve gotten in the habit of drinking it on the way to shower and by the time I’m out, I feel better, recovered from my run.”

“Chocolate milk is easy on my stomach and delicious,” she added. “It’s simply amazing: It has the perfect balance of nutrients to recover fast.”

When both women cross the finish line in Detroit on October 16, there’s no doubt they’ll be looking for the chocolate milk that will be available to all race participants.

Get to know all the members of Team Chocolate Milk and cheer them on as they race and recover.