What it takes to raise an NBA All-Star 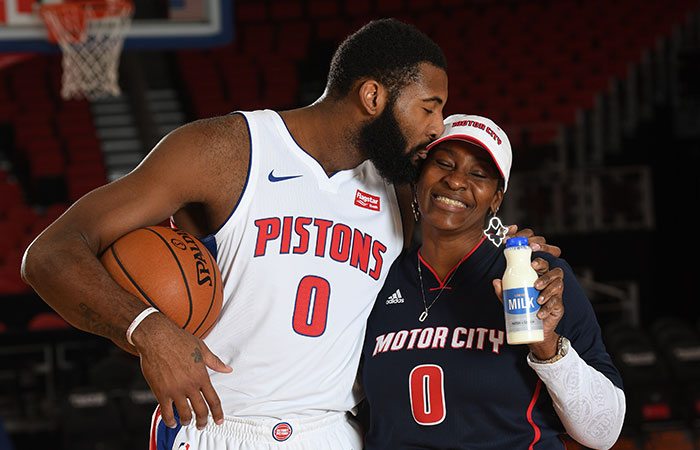 From an early age, Christine explains, keeping kids busy is key to keeping out of trouble. “I put Andre in sports to keep him active. I believe the busier they are, the less likely they are to make bad choices,” she explained.

Encouraging her son to stay busy wasn’t the key to success, though. According to Christine, “Andre was never good at basketball when he first started playing the sport. He wasn’t coordinated – the ball would go in one direction, and he’d go in another. In fact, he would have games when he didn’t get to play at all. It wasn’t until high school that he started getting better.”

“Andre getting to NBA was never a thought of mine,” she said.

What kept Andre on the road to success was his commitment. “He started off not being very good, but that didn’t stop him from loving the game and wanting to play,” Christine said. “It’s important to find an activity that your kid just loves to do. They’ll be more likely to stick with it if they enjoy it.”

Understanding the importance and benefits of being committed was a lesson Christine stressed off the court. “As a kid, your job is to go to school — nothing is more important. If there was a function or game that involved missing school, Andre went to school.”

“Andre would have chores and a list of things to do around the house every day,” she said. “If he didn’t do them, no game. Homework had to be done, too. For me, it was important to teach my kids that work comes before play.”

Christine also credits the support Andre got from family as a key part of his success. To others who ask what advice she has for busy parents, she said, “Support your kids. Be there in person. Even if I could only catch half a game after work, I was there and I am still there today. Support is key.”

Being there means helping with homework and sharing family meals, too, Christine explained. “I didn’t have a lot when Andre was growing up and I had a policy that he ate whatever I made for him. We definitely ate a lot of macaroni and cheese.”

“I let them choose a breakfast cereal, though, because Andre loved cereal and milk. Healthy grains and dairy are okay in my book,” Christine added. “I could never get him to eat the healthy stuff, though, so I’d mix fruit cereal with plain so he’d get the taste he wanted with a whole lot less sugar.”

As for other advice for parents wanting to raise their kids to be a world class athlete, she said, “You have to love your kids, but don’t spoil them. Let them know when they’re wrong. They’ll learn from it. I know parents try to be friends and you can be, but you have to be a parent first.”