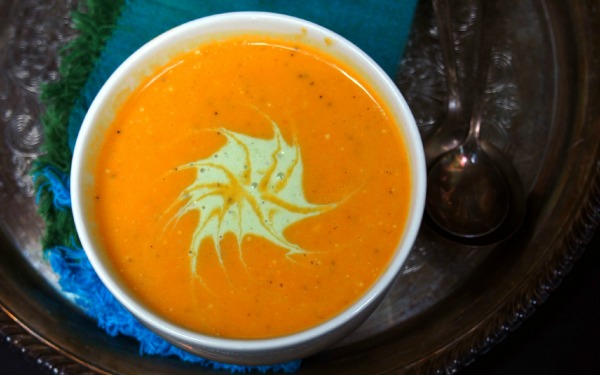 Votes: 0
Rating: 0
You:
Rate this recipe!
(0) | Write a Review
Recipe by Kirsten Kubert of Comfortably Domestic

For the Jalapeño Cream

Melt the butter in a 4-quart Dutch oven set over medium heat. Once the butter begins to froth, sauté the onions, jalapeño and garlic until the onions soften and begin to appear translucent, about 3 to 4 minutes. Add the cubed butternut squash, chicken stock, bay leaf, ginger, cumin, salt, and pepper; increase the heat to medium-high and bring to a boil.

Once the soup is boiling, reduce the heat to low and simmer until the squash is very soft, but not falling apart, about 25 to 30 minutes.

While the soup simmers, roast another jalapeño directly over an open flame until the skin blisters and blackens. (Blackening may be done directly over a burner on a gas stove top, or on a baking sheet set under a broiler in the oven. Both methods take about 3 to 4 minutes for the pepper to blacken.) Place the blackened jalapeño into a brown paper bag, and then fold the top closed. Let the pepper rest in the bag for 10 minutes; the heat from the process may steam the skin, thus making it easier to remove.

Rub the outer skin away from the jalapeño with a paper towel. Remove the stem and seeds before dicing the pepper. Puree the jalapeño along with the sour cream in a blender or food processor; set it aside.

Once the squash is soft, remove the soup mixture from the heat. Remove and discard the bay leaf, and then puree the soup mixture in batches in a blender or food processor, until it is very smooth. Return the puree to the Dutch oven. Stir in the milk, and half and half to incorporate. Simmer over low heat until the soup is heated through, about 5 minutes.

Serve the soup with a spoonful of jalapeño cream drizzled over top. 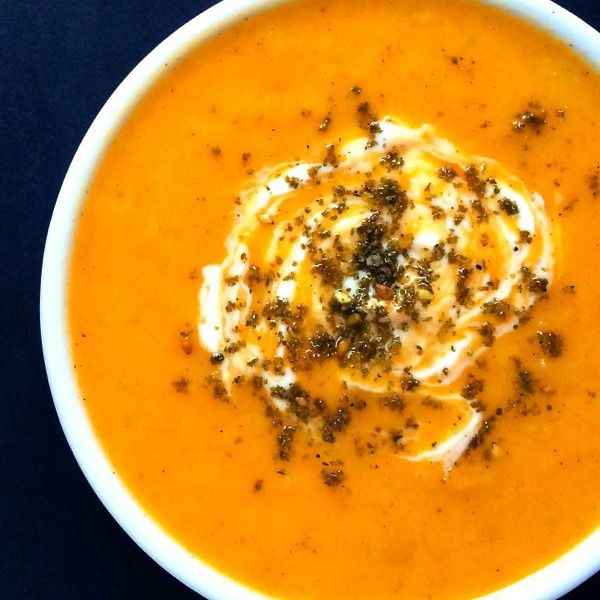 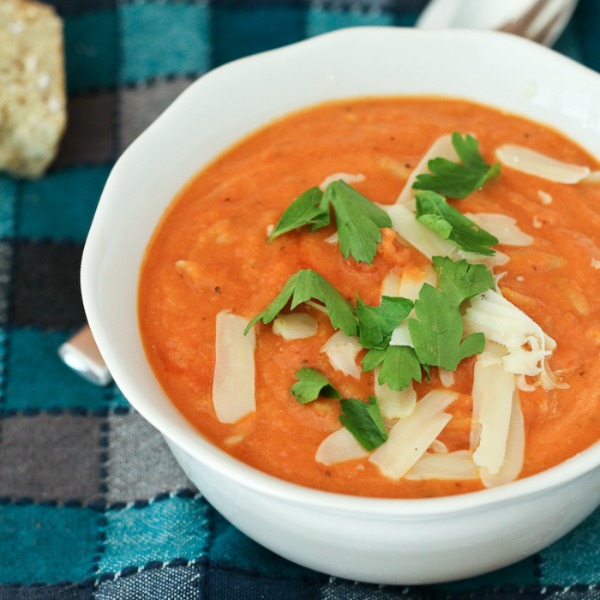 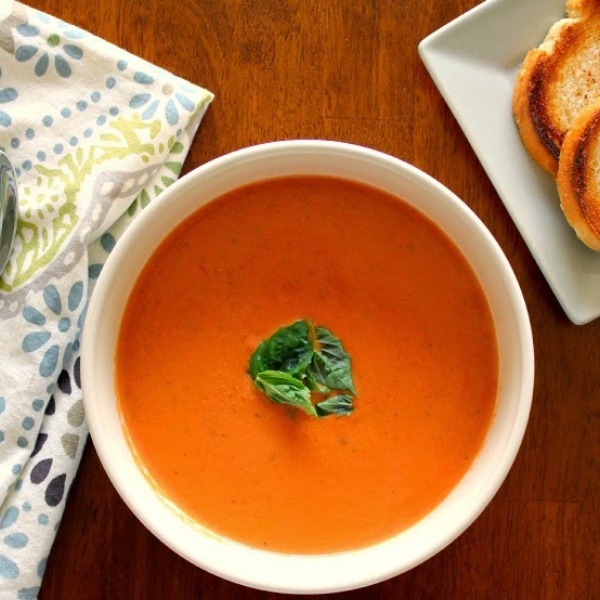 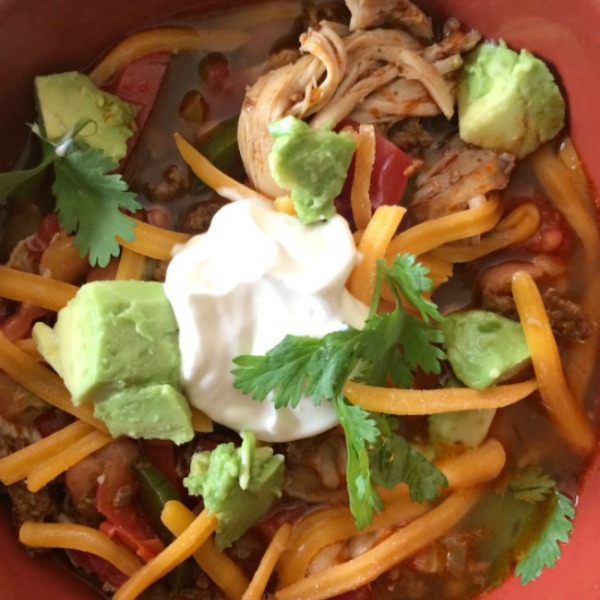