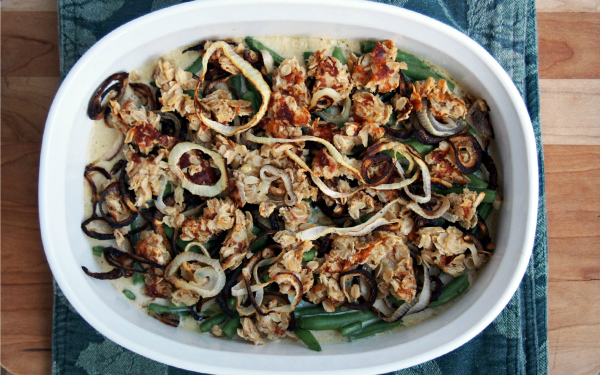 Be the first to rate this recipe
Votes: 0
Rating: 0
You:

Rate this recipe!
(0) | Leave A Reply
Recipe by Kirsten Kubert of Comfortably Domestic

Preheat the oven to 475º F. Spray a rimmed half sheet pan with baking spray. Lightly butter (1/2 teaspoon butter) a 2-quart casserole dish; set it aside.

Scatter the thinly sliced onions in a single layer on the sprayed half sheet pan. Place the onion pan on the top rack of the oven. Bake the onions for 15 to 20 minutes, or until they're golden brown and beginning to crisp, stirring once halfway through. Remove the onions from the oven and set aside

Reduce the oven temperature to 350º F.

In a large skillet, toast the oats over medium-high heat until they begin to brown. (About 2 to 3 minutes.) Transfer the toasted oats to a plate to cool. Melt 1 tablespoon of the butter in the same skillet set over medium-high heat, until it begins to froth. Toss the green beans with the melted butter in the hot skillet. Sauté the beans for 2 to 3 minutes, until they brighten in color, and begin to soften. Transfer the beans to a paper towel-lined plate.

Melt the remaining 2 tablespoons of butter in the skillet until it begins to froth. Once the butter is frothing, sprinkle the flour, salt, pepper, and nutmeg into the skillet. Whisk the flour and seasoning into the butter to form a thin paste. Continue to whisk the paste for one minute to cook away the floury taste. Slowly pour the chicken broth into the paste, whisking constantly to break up any clumps. Continue to whisk the sauce while it cooks, until it becomes thick and bubbly, about 2 minutes.

Once the sauce thickens, pour the half and half into the sauce and continue whisking until it thickens again, another 3 to 5 minutes. Once the sauce has thickened, remove it from the heat. Fold the green beans into the sauce, and then transfer the mixture into the prepared casserole dish. Scatter half of the browned onions over top of the green bean mixture. Set the dish aside while preparing the savory streusel topping.

In a small skillet, heat the olive oil over medium heat until hot, but not smoking. Sauté the garlic until lightly browned in the hot oil, less than 30 seconds. Stir in the toasted oats, salt, and pepper to coat, cooking them for 1 minute. Sprinkle the finely grated cheese over the oat mixture, cooking and stirring until it begins to clump together like a streusel or crumb topping. Remove from the heat and break the crumbles into smaller pieces.

Sprinkle the streusel evenly over the green bean mixture. Top with remaining browned onions. Bake the casserole at 350º F for 15 minutes, or until bubbly and browned on top. Serve immediately. 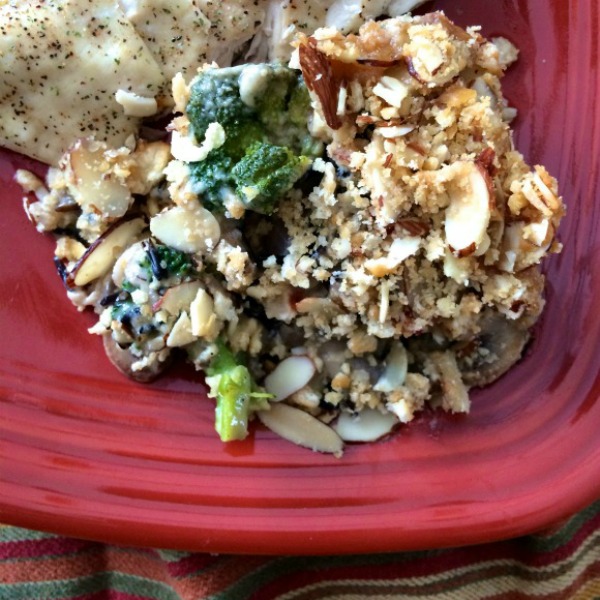 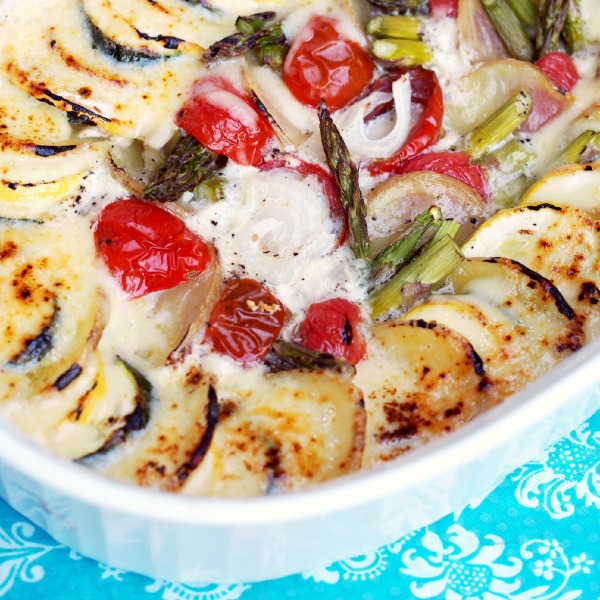 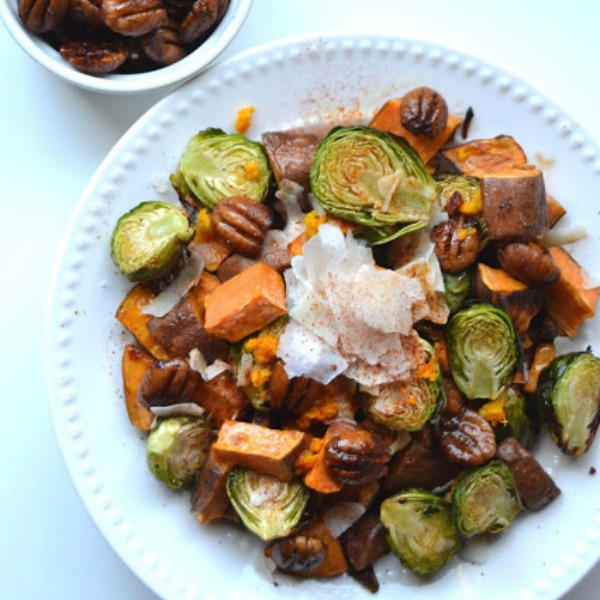 The gossip is always hot about the latest celebrity couples. We’re pronouncing our love for our favorite power couple: plants and dairy.

Editor’s Note: This article was originally published on USDairy.com

If you’re trying to figure out what to eat to help inflammation, immunity and gut health, let’s start with what makes up an anti-inflammatory diet.

Inflammation is complex, but foods to help manage it are…

Kwanzaa is an annual, week-long celebration of African American culture, celebrated from December 26 to January 1, culminating in a communal feast, usually on the sixth day. Kwanzaa is a time of learning, family and celebration.

During the week of Kwanzaa, families…