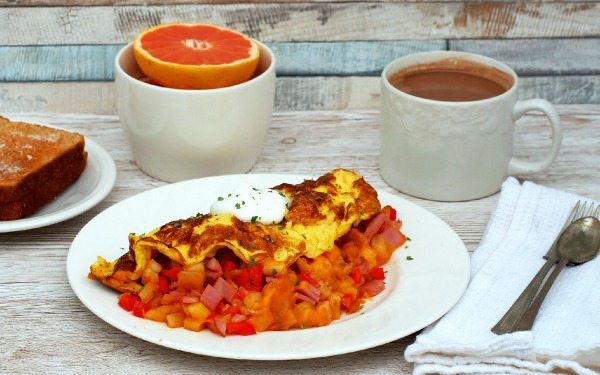 Votes: 2
Rating: 5
You:
Rate this recipe!
(2) | Write a Review
Recipe by Kirsten Kubert of Comfortably Domestic

Whisk the eggs together with the milk, salt, and pepper in a medium bowl, to combine; set aside.

In a large, non-stick skillet, heat the oil and 1 tablespoon of the butter over medium heat until the butter is melted. Sauté the frozen hash browns until browned; about 5 minutes. Add the sweet pepper , onion, and Canadian bacon to the hash browns in the skillet and sauté until vegetables have softened; about 4 to 5 additional minutes. Transfer the filling mixture to a bowl.

Spoon the filling and cheese onto half of the egg mixture. Flip the remaining egg mixture over the filling. Remove from heat and place a lid on the skillet until the cheese is melted and the egg is set. 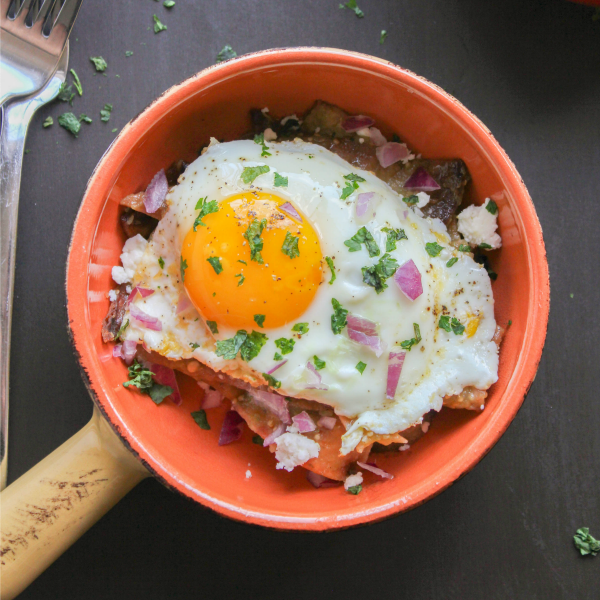 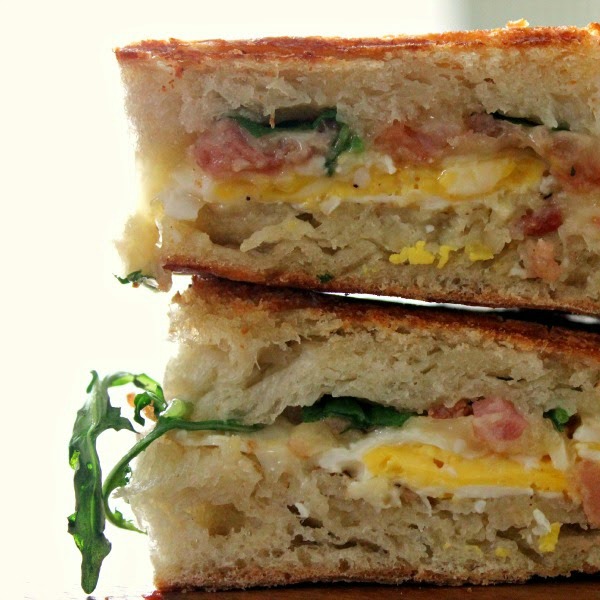 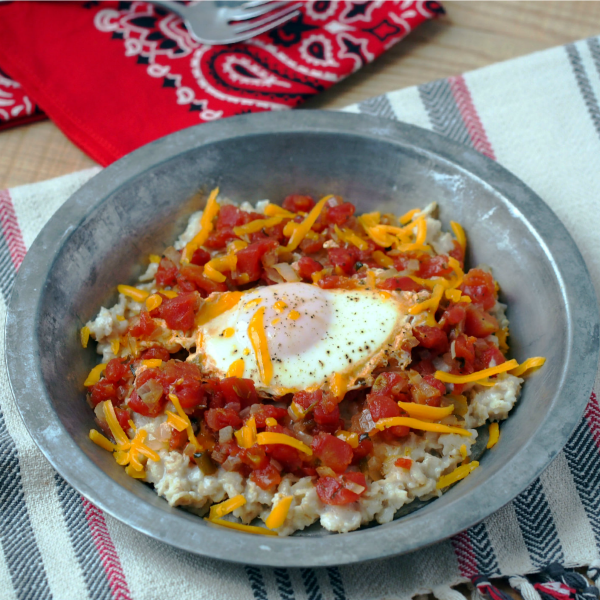 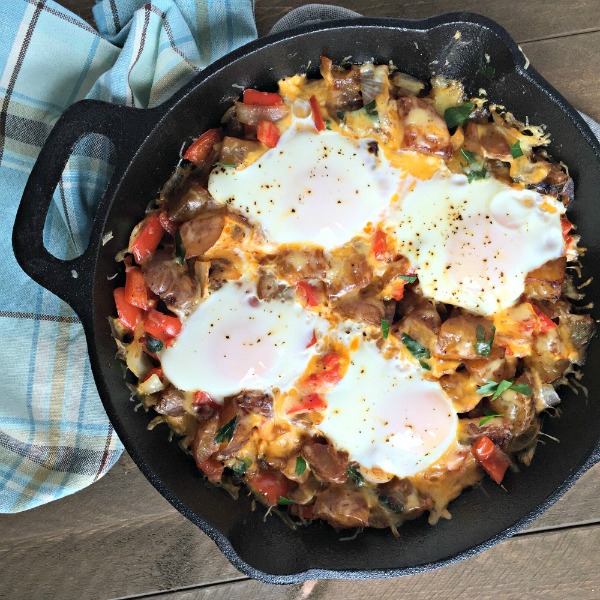