Raw Milk Cheeses: What you need to know 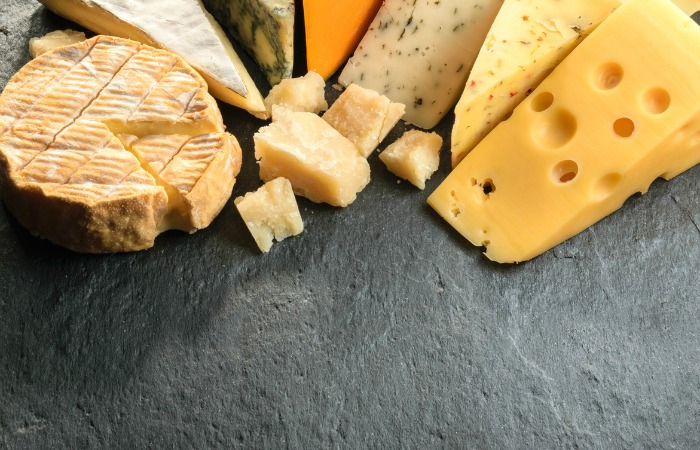 The prevailing trend toward buying and consuming locally produced and minimally processed foods has led to an increase in the popularity of a variety of artisan cheeses found in specialty shops, farmers’ markets, and grocery stores.  These niche cheeses are made from either pasteurized milk or raw (unpasteurized) cow’s milk. Some cheesemakers and consumers believe that raw milk cheeses have better flavor than their pasteurized counterparts, although this is a matter of personal preference.

A question of safety
A key question is whether cheese made from raw or unpasteurized milk is safe to eat. Most cheese in the U.S. is made using pasteurized milk. Pasteurization of raw cow’s milk, which commonly involves heating milk to at least 161º F for at least 15 seconds followed by rapid cooling to 40º F, is recognized worldwide as an essential public health measure to reduce the risk of illnesses from pathogenic bacteria. Further, pasteurization of milk does not affect the nutritional value of milk in any measurable way or compromise milk’s health benefits.

It’s the law
Since 1949, the U.S. Food and Drug Administration (FDA) has allowed the sale of cheeses made from raw milk, whether domestic or imported, as long as the cheese is aged for at least 60 days at 35º F or more. This 60 day holding period is intended to protect consumers from potentially harmful bacteria that may be present in raw milk. After 60 days, the acids and salts in raw milk cheese are thought to naturally prevent the growth of potentially harmful microorganisms such as Listeria, Salmonella, and E. coli.

A topic of debate
According to a  joint FDA/Health Canada study, the risk of listeriosis (a serious foodborne disease) from consuming soft-ripened cheeses made from raw milk is higher than that from similar soft-ripened cheeses made from pasteurized milk. A policy statement by the American Academy of Pediatrics refers to outbreaks of other bacterial illnesses associated with raw milk cheeses. These findings are raising the question of whether the 60 day aging process for raw milk cheeses is enough to kill harmful bacteria. While the FDA is assessing the need for tougher regulations for raw milk cheeses, many American cheesemakers argue that they rely on raw milk to create their sought-after unique flavored cheeses.

This topic continues to be debated. Meanwhile, the FDA along with other health professional organizations such as the American Academy of Pediatrics recommend that pregnant women, children, and individuals with weakened immune systems avoid certain raw milk cheeses (e.g., soft cheeses, soft-ripened cheeses, Mexican-style cheeses like Queso blanco or Queso Fresco) because of the risk of bacterial illnesses.

The bottom line
Dairy foods are among the safest foods in the U.S. in large part because of the pasteurization of milk. Choosing cheeses made from pasteurized cow’s milk is not only a safe option, but there are a wide variety of these cheeses available to meet consumers’ taste and nutritional needs.

This post was originally published on 4/23/2014 and has been updated to reflect current research and information.