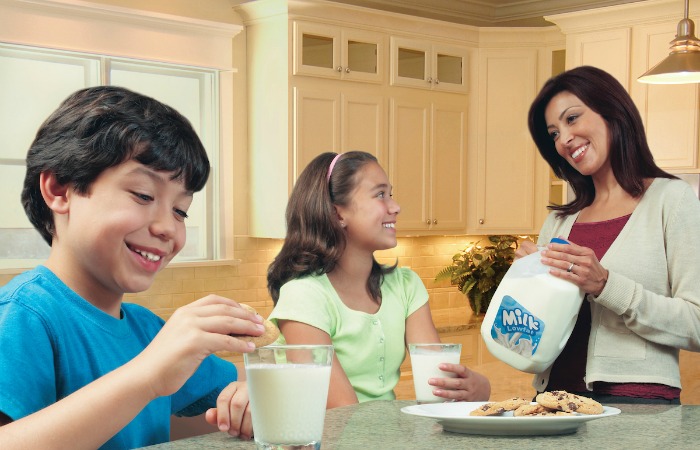 False. Despite the widespread, long term belief that consuming milk stimulates the production of mucus in the respiratory tract and causes or aggravates symptoms of asthma  (a chronic inflammatory disease of the lower respiratory tract), scientific evidence fails to support this myth.

Based on a 2013 review of the medical and scientific evidence published in the Journal of Food Technology, the authors concluded “regular consumption of milk products does not contribute to hypersecretion of mucus and subsequent respiratory difficulties among most individuals, even among those at risk.” Likewise, another examination of studies led Canadian researchers to state, “As there is a need for more conclusive evidence to determine the effect of milk among children with asthma and further understanding of mechanisms involved in mucus production, milk should not be eliminated or restricted.” These conclusions support those of an earlier review published in the Journal of the American College of Nutrition that reported milk consumption does not lead to mucus production or occurrence of asthma.

Although little scientific evidence links milk consumption with mucus production and asthma, believers of this theory often restrict or eliminate milk from their diet or that of their children without consideration of unintended consequences such as nutrient deficiencies and potential growth limitations among children.

Milk and dairy products play an important role as part of a healthy diet, and reduction or elimination of foods in the dairy group may lead to nutrient deficiencies such as calcium and restricted growth and bone development in children. As stated by a renowned researcher on bone health, “a diet devoid of dairy products will often be a poor diet not just in respect to calcium, but for many other nutrients as well.”

Bottom Line. Based on evidence to date, milk and dairy products need not be avoided or excluded from the diet because of fears of increased mucus production or that milk may cause or worsen asthma symptoms.