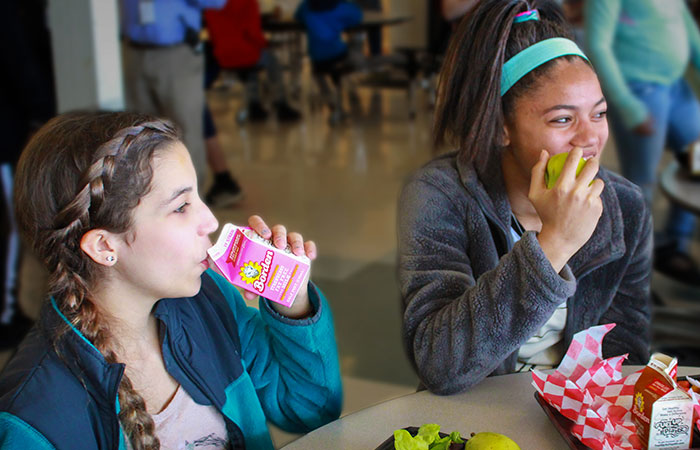 Fact: Both plant and animal foods contain hormones. All cow’s milk, organic and conventionally produced, naturally contains miniscule amounts of protein hormones, which are broken down by digestion causing them to be biologically inactive in humans. There is no evidence that the hormones in cow’s milk are harmful to human health.

Fact: There is no difference in bGH levels in milk from rbGH-treated or untreated cows. Some dairy farmers may treat their cows with this U.S. Food and Drug Administration (FDA)-approved, safe, synthetic hormone to increase milk production in their cows. In response to consumers’ requests, Michigan dairy farmers do not  use rbGH. This synthetic hormone is not added directly to milk and the composition of milk from rbGH-treated and untreated cows is the same. Also, these hormones are specific to cows and have no effect on the human body.

Related: Do you know your Milk? Your choice makes a difference

Fact.: There is no conclusive evidence to support the suggestion that the minute amounts of hormones naturally present in cow’s milk cause early puberty. While some observational studies indicate a trend toward earlier puberty in recent decades, this trend and the long-term effects of early puberty remain controversial.

Several factors such as overweight/body fat, better nutrition, and ethnicity may contribute to an earlier age at puberty. Findings from a study of more than 5,500 U.S. girls ages 9 to 14 years followed for five years led the researchers to conclude “regular consumption of milk in girls aged ≥ 9 y is unlikely to substantially affect age at onset of menarche [the first occurrence of menstruation].”

An observation arguing against the milk-early puberty belief is that children’s milk consumption has decreased in recent decades during which time age of puberty has been decreasing. Consuming recommended servings of milk and other dairy foods (cheese, yogurt) each day is important for bone health, especially in children and adolescents.

Bottom Line. Scientific findings continue to demonstrate the safety and health benefits of cow’s milk for children and adults.