Whew!  A long week of our county fair just ended.  This was the first year that our kids took animals to the fair.  My son, Zach, took a dairy starter calf and my daughter, Kylie, took a dairy heifer for openclass.

The kids are ready to take their animals to the fair!

We have done craft projects for the last few years but for 4-H, kids can’t start until they are 9 by January 1 of that fair year.

Zach did this with his cousin Logen.  She, too, had a calf.

We took our animals down on Sunday and had them weighed to be put in the appropriate weight class.  Zach’s was 552 lbs!  On Monday, we had to have the animals washed and ready to go at 9 a.m.  Kylie showed her calf in the openclass show, which means that since she wasn’t 4-H age, this was the only place we could put her since any age can show.

Kylie placed 4th in her class.  She was so heartbroken that she didn’t do better, and didn’t understand that it was her first time and she has years of time to place better.

Then some of the cousins did the peewee show after that.  This is where they let the little kids show with an older kid so they can get the feel of it.
1 p.m. was when the dairy starter calves began. They did showmanship first which is the kids getting judged on how well they show the animal.

Zach got 4th in this.  Then on to the weight classes.  Zach’s animal was in the heavy-heavy weight class and he placed 3rd.

Overall I was pleased with how it went.

On Wednesday night we had the small animal auction.  At this, the poultry, rabbits, goats and dairy starter calves sell.  We sold last, so by the time it got to our turn, it was getting late and buyers were leaving.  You have to go around and ask people to come and support the auction.  This is mainly vendors that we work with regarding our farm business.

Zach in the auction ring

The week was full in between with helping in the milk booth, handing out milk to the 4-H kids and judging demonstrations.  By the time the end of the week had come, it was time to say goodbye to our calf.  Both Zach and I cried because with the hard work that the kids put into an animal project like this and the support of the parents behind them, it’s hard to say goodbye.  But thankfully the support buyer for our animal said we could come visit him at the farm.  What a great week and we will welcome next year. 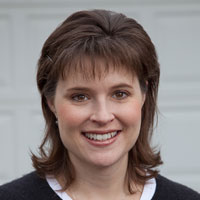