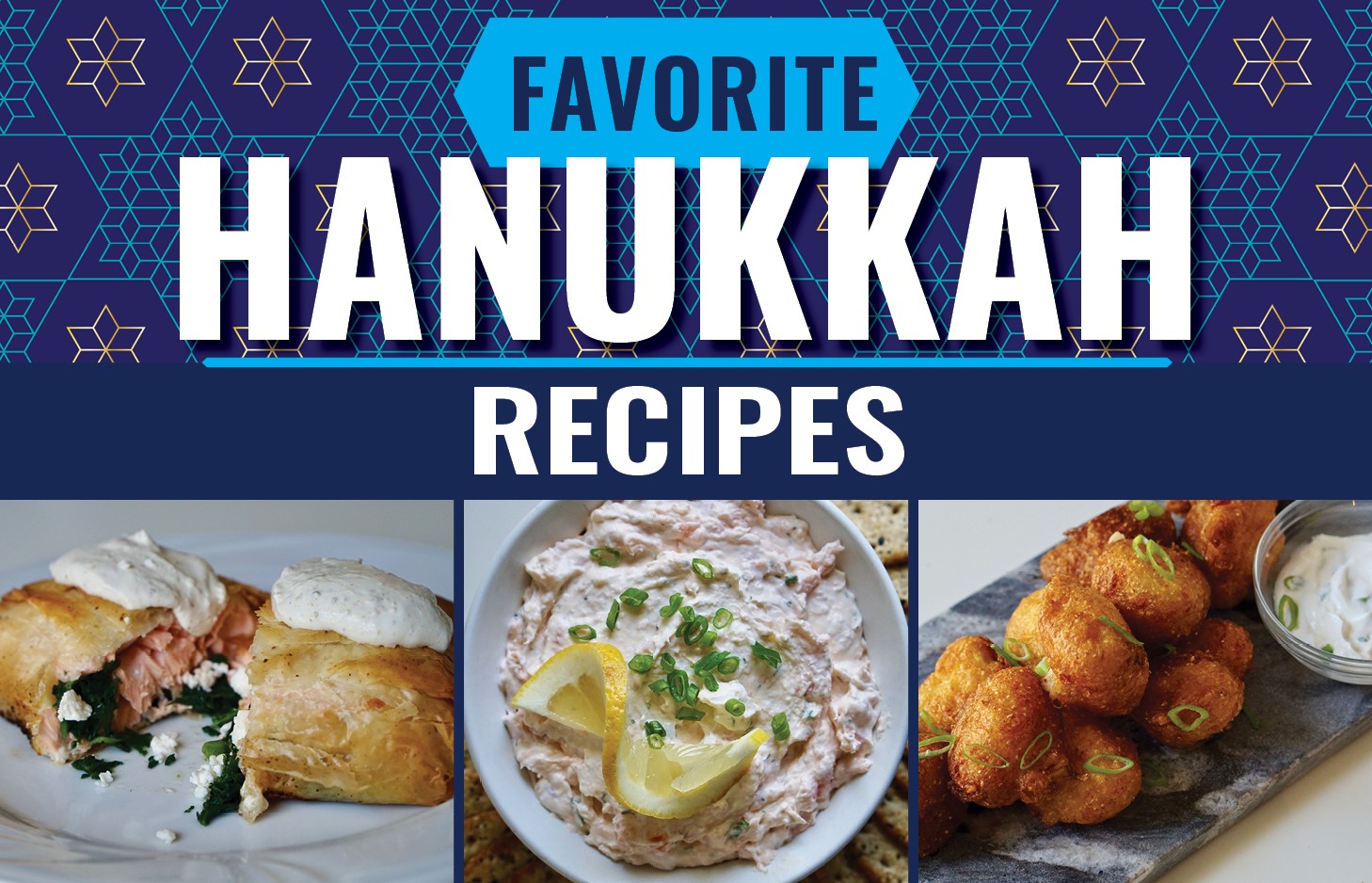 We’ve got a menu’s worth of delicious Hanukkah recipes to help you celebrate this season!

There are two main foods featured in Hanukkah recipes: oil and cheese. The holiday itself commemorates a Jewish victory over a Greek king who outlawed Jewish religious rites and traditions in 175 BC. When a group of Jewish people lit an alter menorah in the Temple of Jerusalem in a rededication ceremony following this victory, they only had enough oil for one day. Miraculously, the oil lasted for eight days and nights. Hence, the prominent place of oil in Hanukkah recipes.

The tradition of cheese comes from the story of Judith, a woman who served salty cheese to an invading enemy general, provided him with thirst-quenching wine until he was drunk and asleep, then cut off his head.

That may not be the most appetizing history lesson, but we love the connection cheese has to this holiday. It’s inspired us to create the following recipes that feature dairy as a star ingredient. 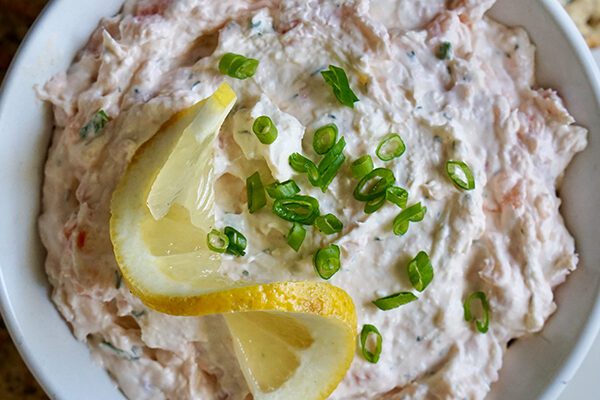 This creamy salmon spread, jazzed up with lemon, horseradish and hot pepper sauce is a tantalizing way to start the holiday. 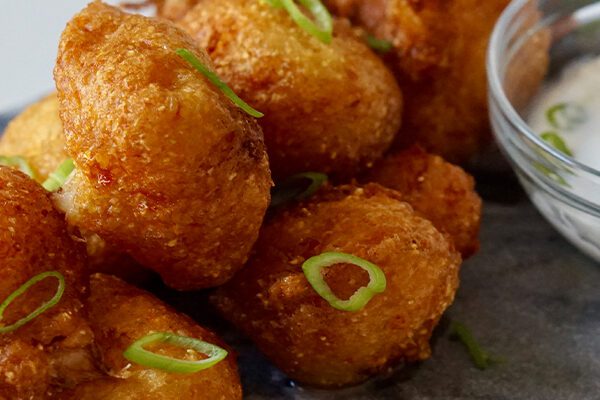 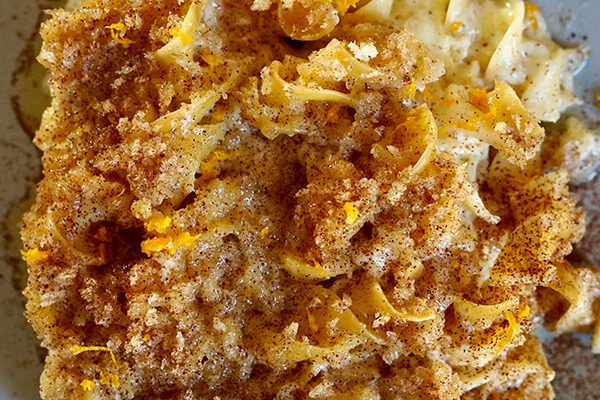 A rich, cinnamon- and orange-spiked custard surrounds tender noodles in this kugel. The secret is to stop boiling the noodles before they are done—they’ll finish cooking in the oven and absorb some of the luscious custard. 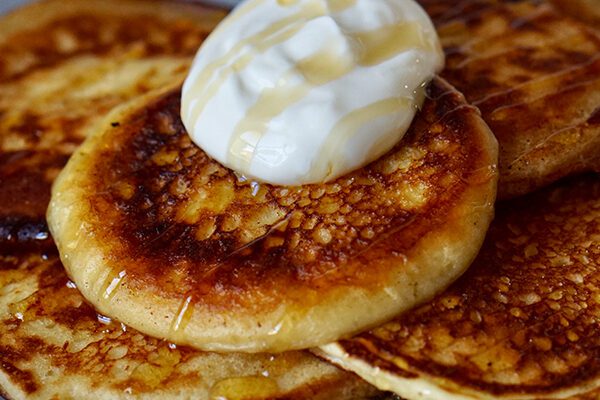 Long before latkes were made from potatoes, Italians made them from cheese. These rich little pancakes taste incredible topped with a bit of sour cream or yogurt and drizzled with honey or maple syrup. 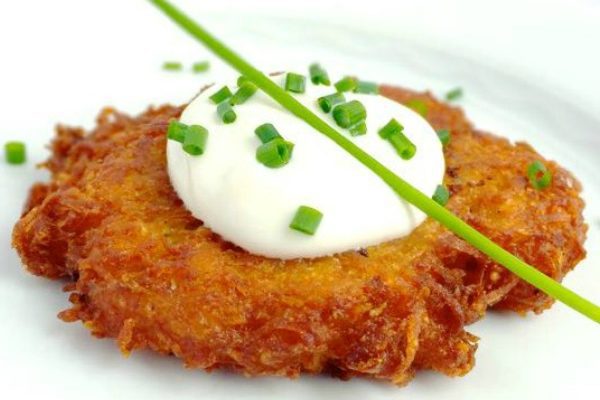 This version of classic potato latkes features long shreds of russet potatoes mixed with onion and fried to a crisp golden brown. Serve them topped with a bit of savory yogurt-and-horseradish sauce. 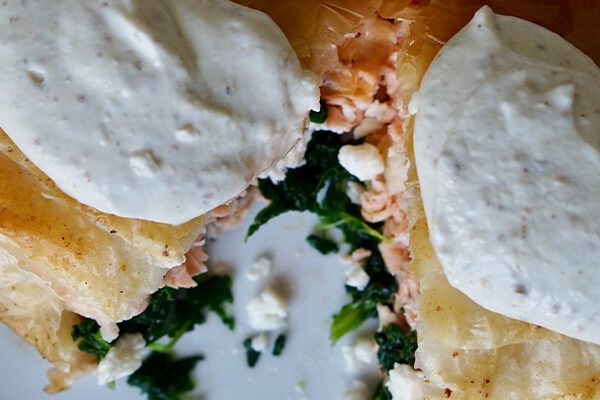 Salmon in Phyllo with Spinach and Feta

Salmon gets a guest-worthy treatment in this dish. A duo of cheeses and spinach are packed on top and then it’s all bundled into crispy phyllo dough. Dollops of sour cream fired up with mustard, lemon juice and dill weed top it off. 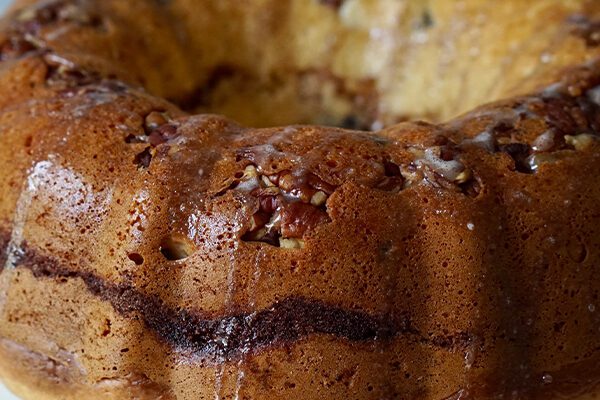 A plethora of chocolate and warm cinnamon comes together in every bite of this coffee cake enriched with sour cream. Top it with the optional glaze or not. It’s wonderful either way. 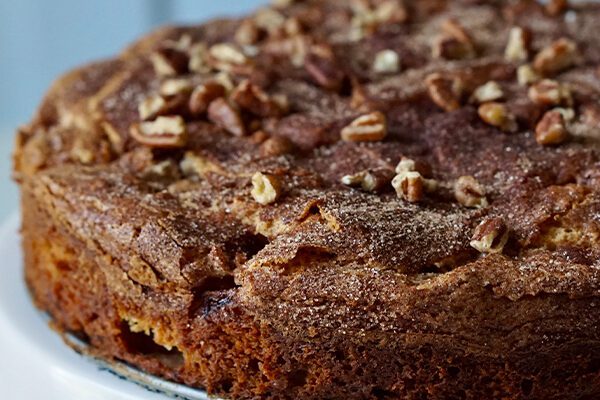 This addictive cake packs in loads of appealing elements—rich cream cheese, warm cinnamon and lots of apples. No frosting needed. Just bake a little cinnamon-sugar on top and serve with whipped cream or ice cream. 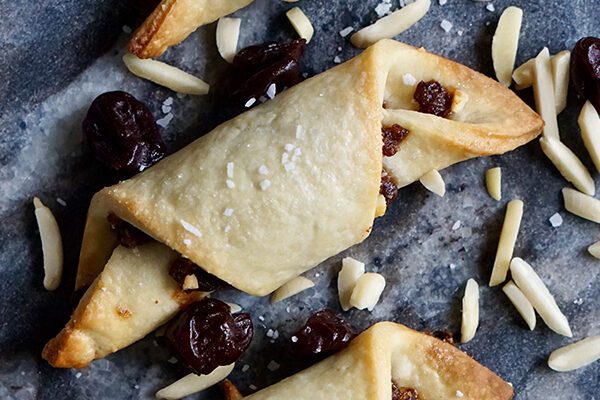 These snackable pastries are made with cream cheese and butter, wrapped around a sweet cherry-almond filling.