Cathy McCune: Devoted to Giving Back - United Dairy Industry of Michigan
Return to all posts
share this

Cathy McCune: Devoted to Giving Back 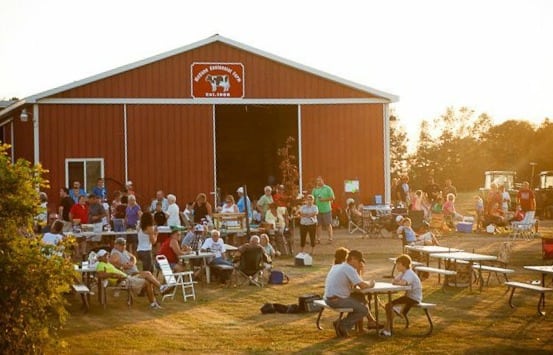 My husband Chuck and I live and farm on the McCune farmstead that was established in 1880. Our son, Chase, also farms with us. We are very proud to be Michigan dairy farmers, caring for our cows and the environment and helping make wholesome, nutritious dairy foods that everyone can enjoy.

We’re also devoted to the community. We believe in giving back as much as we can.

After my youngest sister, Casee, was diagnosed with breast cancer, our family decided we needed to take action. We’re a family of doers, and we had to find an avenue to do something to help make an impact. So, we partnered with a 4-H group and participated in the local Relay For Life. We hosted a cookout for over 100 people and raised money for Relay For Life through a silent auction. 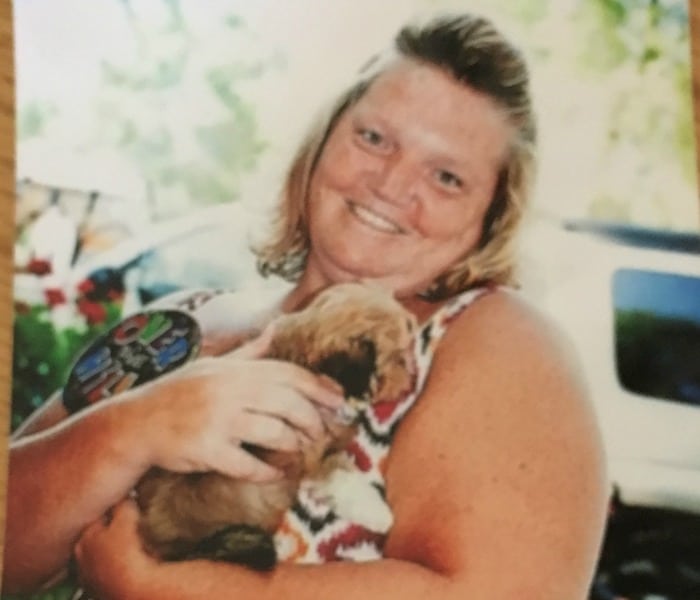 That first year we had people on the farm who wouldn’t normally visit, and we loved being able to share our farm with them. The next year we decided to once again host a big potluck and we named the event “Cowabunga.” 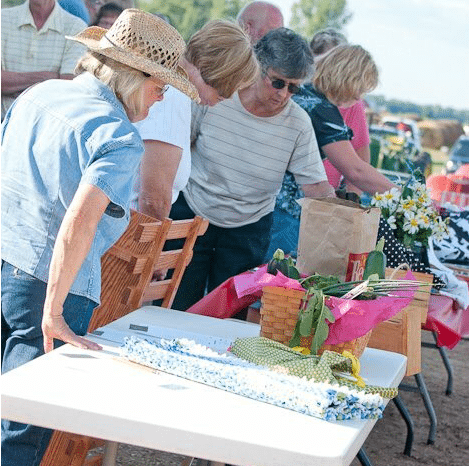 Cowabunga became an event that brought people together. Neighbors who didn’t know each other became friends. We didn’t put on the event by ourselves. A group of wonderful volunteers from our community helped and it became so much more than a family affair. One year, it was time to combine (or harvest) the wheat, but it was also Cowabunga time. Two of our neighbors combined for us so that we could focus on Cowabunga.

For the first few years, we gave the money raised to Relay For Life. Then, we realized that there were families in our community who were affected by cancer that could use the money. We did some research and found Isabella Community Cancer Services (ICCS), where 99% of the money given to the organization goes back to people in our community who are affected by cancer. Through ICCS, cancer patients are able to receive funds for things as simple as transportation to and from their treatment center.

Some of our funds also went to the Pardee Cancer Treatment Fund, which is a non-profit organization that provides financial assistance to patients in six mid-Michigan counties who are undergoing cancer treatment.

Donations skyrocketed once we started giving the money we raised to local organizations. People want to help those they know—people in our own community—because nearly everyone has been touched by cancer.

Unfortunately, six years ago my sister passed away, but we wanted to keep hosting the fundraiser. There are so many people affected by cancer and it’s heartbreaking. We felt we had to keep the fundraiser going.

After 10 wonderful years, 2017 was our final year hosting Cowabunga. Over that time, it grew to over nine banquet tables full of food with close to 500 people. It became a huge event with a multi-generational tractor show, a live and silent auction and a tractor-themed bounce house for kids. 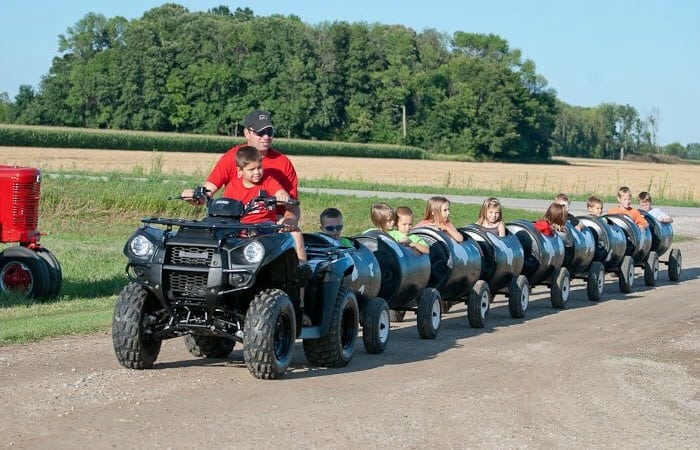 We had a good run, but we’ve decided to try something different this year and next. Instead of hosting Cowabunga, we want to scale back and hold a smaller farm dinner with our neighbors and community. This year we will host a three-county Farm Bureau Annual Meeting and in 2019 we plan to host a Farm to Fork event. All proceeds will help support cancer patients.

We’re still passionate about fundraising for those affected by cancer and we’ll continue donating our time to the organizations that have become so dear to our hearts.

One thing that we’ve learned over the years is that those affected by cancer need more than a financial donation. If you know someone who has cancer, give them a gift card or gas card so they can get to their treatments. Take a meal to them. Send them a text telling them you’re thinking of them. Not everyone has family that is able to help them, so do something. You won’t regret it!