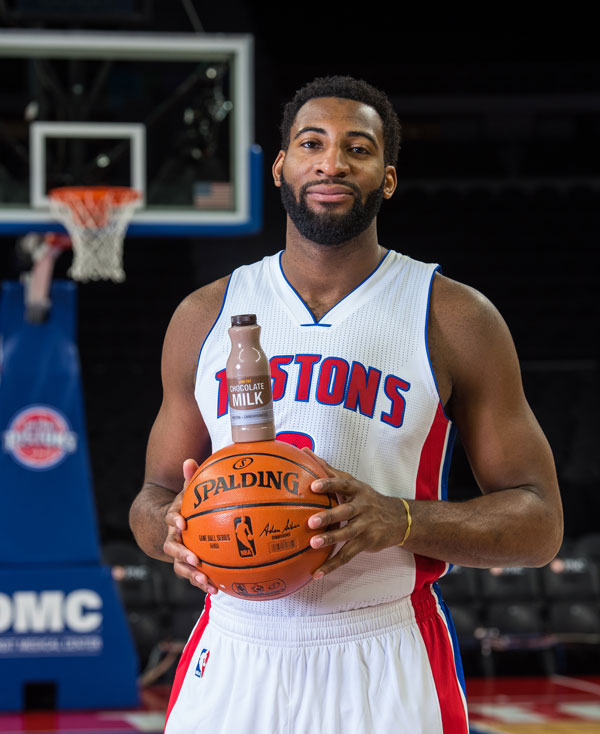 Andre Drummond is hard to ignore on the basketball court not only because of his seven-foot frame, but also because of his natural athleticism and strength that make him one of the most powerful big-men in the league. A starter for the Detroit Pistons and 2016 NBA All-Star and Rebounding Champion, he was named the 2014 Rising Stars Challenge MVP at NBA All-Star and won the 2014 Basketball World Cup with Team USA. Fashionable, funny and well-spoken, Drummond has every bit the personality to match his size.

Born in Mount Vernon, NY, Andre was one of the most dominating centers in high school basketball, winning the 2011 National Prep Championship with St Thomas More. Shortly after, he announced he would be playing for the University of Connecticut the following year. As a freshman, he led UConn in rebounds per game, blocks per game and field goal percentage. The call of the NBA was strong, and Andre declared for the 2012 NBA Draft, getting picked ninth overall by the Detroit Pistons, where he quickly became the pillar around which the team would be built.

You don’t have to look far to see how Andre got to where he is today ­– his mom, and number one fan, is always on the sidelines cheering him on. He also has a younger sister, and shares a dog, Roscoe, with his mom.